I love the old photos from the 1940's. The women were always so put together and fashionable. I have had this idea to do a maternity session with some 1940's styling.

I was lucky enough to find a beautiful lady, ripe with baby, willing to let me play dress up with her and style her and go with my random flow. Thanks A!

I was going for two looks here. One was a glamour-movie star type things. Think Rita Hayward. The other look was more the everyday woman in the 1940's. Now, I realize that pregnant women back then were not celebrated and there was no such thing as Maternity portraits and so on. That is what makes it fun to pretend.

First up was our glamour look. 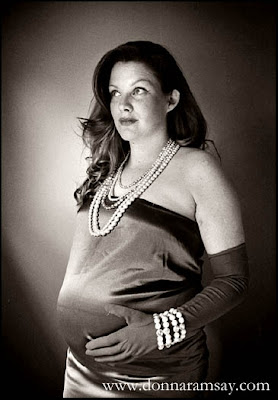 Then outside with the Holga. Her guy was merely a man prop in this photo, he did a good job. 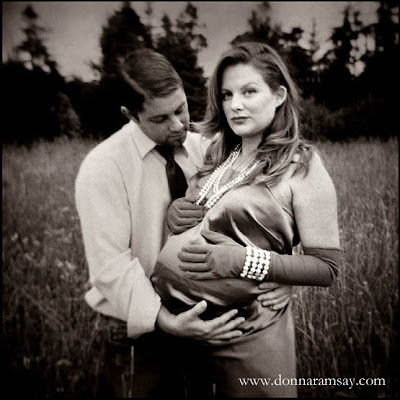 The two of them had many nice moments between shots, that became the shot. 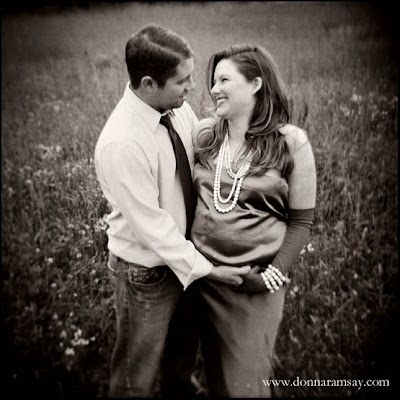 Then we switched outfits and headed to the beach. I was going for a snapshot look here. Like an old photo of your Grandma pregnant with her first child. 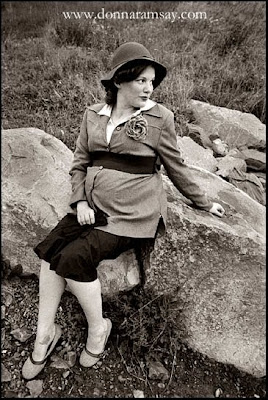 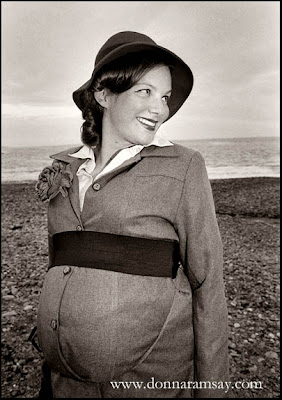 And my fave from the day. Holga goodness. 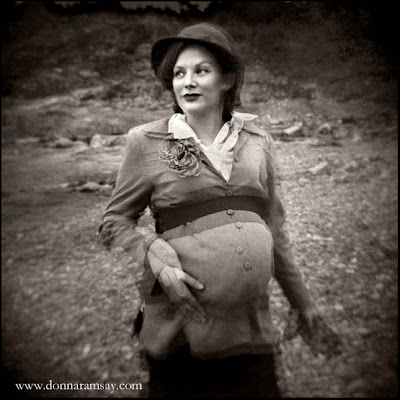 Happy to see you blogging, Donna! :) I love it all. Everything.